In spite of it being a very unusual cloudy and chilly Sunday afternoon in Ojai, the 2nd Annual WordFest was an extraordinary success! Probably due to the weather, the attendance was rather low for an event of this type, but I met some very interesting authors including one who was more than a little familiar with the area of Upstate New York which is the location of my novel First Class Male.

There were the usual wanderers who were only walking through the park on the way to the tennis courts, but when I noticed one showing even a little bit of interest in my table, I shouted “Read a book with living, breathing human beings!”

That usually got a laugh.

As expected, I did hear a few “what’s the book about” to which I handed them the back cover and told them the 10-second rule, which also got a laugh.

I also asked those who appeared to be of my age if they were fans of the TV show “The Man From U.N.C.L.E.”. (For some reason everyone remembered Illya Kuryakin but not Napoleon Solo) That was followed by my very quick “elevator pitch” about the plot of Undercover Reunion.

At the end of the day, I signed and sold FOUR books!

I also gave a coupon for a free ebook of my other titles and promoted the Bourbon for Brunch Interactive Novel Project which led to my being approached by the owner of a local bookstore who me to host a book signing event at his store, at no cost to me! Not one person asked me who my publisher was, they were just interested in what the stories were about and if they were available in Kindle. (Of course they were!)

All of which reminded me just how much I loved these events!

Here are a few pointers for a successful book event:

1) Even if you have a chair, don’t sit down. You want to look potential customers in the eye when you’re talking to them

2) You don’t need to spend a great deal of money for your display, but do buy a few book stands and acrylic paper holders especially if the event is outside.

3) Offer a book fair discount or some special deal if they buy your book.

4) Don’t waste money printing bookmarks or other handouts. These won’t help sell your books and most will be tossed. Business cards with your email and website are all you really need.

5) Have a sign-up sheet for your “newsletter”. Even if you don’t have any news at the moment, and email list is always good to have.

6) Ask them to go on-line and write a review when they’re finished with the book. Most people will say they would be happy to, some won’t, but if you don’t ask, no one will.

7) ALWAYS THANK THE PERSON WHO BUYS YOUR BOOK! 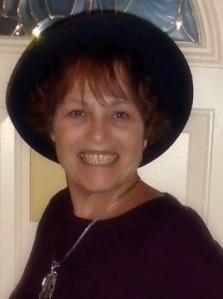