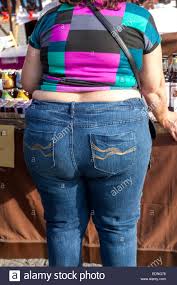 It is not often that I agree with Bill Maher – however his recent tirade on “Fat Shaming” was dead on – Americans are not only fat, but disgustingly obese.

Maher is not the only person stating the obvious: Dear Fat People by Nicole Arbour.

As expected, the response from the “feel good” media has been viciously one-sided in support of fatties like James Cordon and the ladies on The View,

You would think that living in sunny Southern California, land of beach bums and bikinis, the ability to take a walk or a hike any day of the week mostly every day of the year we would be the healthiest people in the county.

How horribly wrong that picture is.

Maher is right – we can get away with criticizing – and/or making fun of people who smoke, it’s an unhealthy habit to be sure, and we can get away with insulting the very few who still wear real animal fur, myself included, but make a comment to an obese person and you’re liable to be sued for “hurting their feelings.” People, the TRUTH hurts, so why not DO something about it?

Shall I not say that looking at you taking up three seats, sucking four times the oxygen out of the room doesn’t offend ME?

Commercial industries don’t want us to be thin or healthy…there’s no profit in a healthy society. Quite the opposite. As early as 2012, businesses jumped on the “Fat wagon” Fat profits: Business embraces big people!

The clothing industry now has “plus-size” models, there are more 14-21 plus size clothes racks than 8-12, The giant warehouse stores even supply motorized carts so these fatties don’t even have to get any exercise, they just drive their carts from food station to food station stuffing their mouths with free samples and loading their carts with processed food that’s full of fat, sodium, cholesterol and sugar.

Don’t they have mirrors? Or are the mirrors in their homes distorted ones like those in the fun houses? These obese slobs don’t even bother to hide their rolls of fat in public. It’s almost as if they’re proud to show off their huge size by wearing tight fitting shirts in neon colors, or pants that show their underwear line up their butt crack! What they should wear is a huge sign on their ass “OVERSIZE LOAD” in bright neon!

What’s so depressing is that their children are just as fat – parents should be charged with child abuse – years from now these same kids are going to be a drain on the already suffering health care industry with high blood pressure and early onset diabetes that we’re ALL going to have to pay for one way or the other.

I will agree that in some circumstances there are generic traits that regulate some to be more prone to weight gain than others. While we’re not necessarily “born fat” our tastes and eating habits are formed at a very early age and if the adults serve meals loaded with fat and sugar, that’s what their children will also crave as they get older – so then they can blame their parents as why they can’t fit into a normal size theater seat.

Not a subjective observation. Growing up in the 50’s my mother knew nothing about healthy eating. Everything she served was fried. Vegetables consisted of corn, peas or potatoes. There was more starch on the dinner table than in my dad’s dress shirts.

Her weight loss method consisted of yelling at me, embarrassing me in front of my friends and forcing diet pills down my throat.

None of these worked. It wasn’t until I joined Weight Watchers, at the age of 16 that I learned about good eating habits and received the encouragement of a group of adults who also wanted to learn to make healthy food choices and healthier cooking methods.

After my first child was born, I went back to WW, lost 36 pounds in 16 weeks, went to work for the company and kept off the weight until daughter #3 was born. Over the next few years 25 pounds came creeping back, and when the scale went over the 150 mark, I ran back to WW, dropped the 25 pounds, ran a half-marathon  and am now, once again a comfortable 137.

This isn’t an ad for Weight Watchers – it’s only a testimonial from one person who knows being overweight isn’t a “disease”, it’s not (in most cases) a hereditary malady….it’s a choice.

We’ve put “no smoking” signs in every public area to keep smokers away from non-smokers. Why can’t we also put a “no fatties” zone so the rest of us don’t have to be subjected to being disgusted by these slobs?

Why do the rest of us who worked hard to lose weight and live a healthy life style be subject to these disgusting fatties – sitting next to us on a plane – taking up two seats at a movie theater – waddling down the grocery aisle while stuffing free food into their mouths every step of the way?

And we’re not permitted to say anything because we can’t “hurt their feelings?”

We’ve all heard the lame excuses: fatties can’t help themselves, fatties are born that way, and obesity is a DISEASE. Really?

You have control over your hand, over your arm, over your lips. It’s NOT a disease if you have the power NOT to put something that’s going to KILL you in your body, no matter what that toxic item is.

But, as long as we coddle to and cater and reward these hippos with huge acting and modeling contracts, listen to their “accept yourself as you are”   bullshit and offer giant sized food portions and unlimited “all you can eat” buffets and don’t make them face the reality of what they’re doing to their bodies, their children’s future health and the rest of us who have to suffer living with them, Americans are going to get fatter while the rest of us will have to suffer in silence!